Unlike Any Other: A Novel about Bathsheba Spooner by Ed Londergan

Unlike Any Other: A Novel about Bathsheba Spooner by Ed Londergan 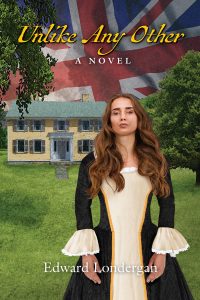 THIS EVENT WAS POSTPONED UNTIL A LATER DATE. STAY TUNED FOR MORE DETAILS.

Author talk & signing with Ed Londergan about The Story of An 18th Century Woman from A Prominent New England Family Who Went from A Life of Privilege to The Gallows.

Signed copies will be available for purchase.

Bathsheba Spooner was the daughter of Timothy Ruggles, a general in the French and Indian War, president of the Stamp Act Congress, Chief Justice of the Court of Common Pleas, and a leading loyalist in Massachusetts during the Revolutionary War; the epitome of upper class.

Like her father, Bathsheba was smart, strong-willed, and a staunch British loyalist. Forced to marry a man she did not love, Bathsheba withstood her husband’s abuse for years until a young Continental soldier entered her life. But when this well-heeled mother of three small children discovered she was pregnant with the soldier’s child, her thoughts quickly turned to murder.

Based on a true story, the events that follow Bathsheba’s life, her decisions, and her ultimate demise will show readers that Bathsheba Spooner was, in fact, Unlike Any Other . . . 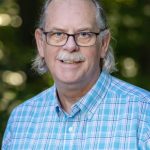 Ed Londergan is the author of the award-winning books The Devils’ Elbow and The Long Journey Home. Having researched American history for many years, he is a frequent speaker with a focus on colonial Massachusetts. A graduate of Holy Cross, he lives in Warren, Massachusetts.

Thank you for making #plaidfriday & #smallbusinesssaturday such a fun success and whirlwind weekend! It truly warms our hearts to see your smiling faces and feel the love by shopping local. We wouldn't be here without you! ... See MoreSee Less