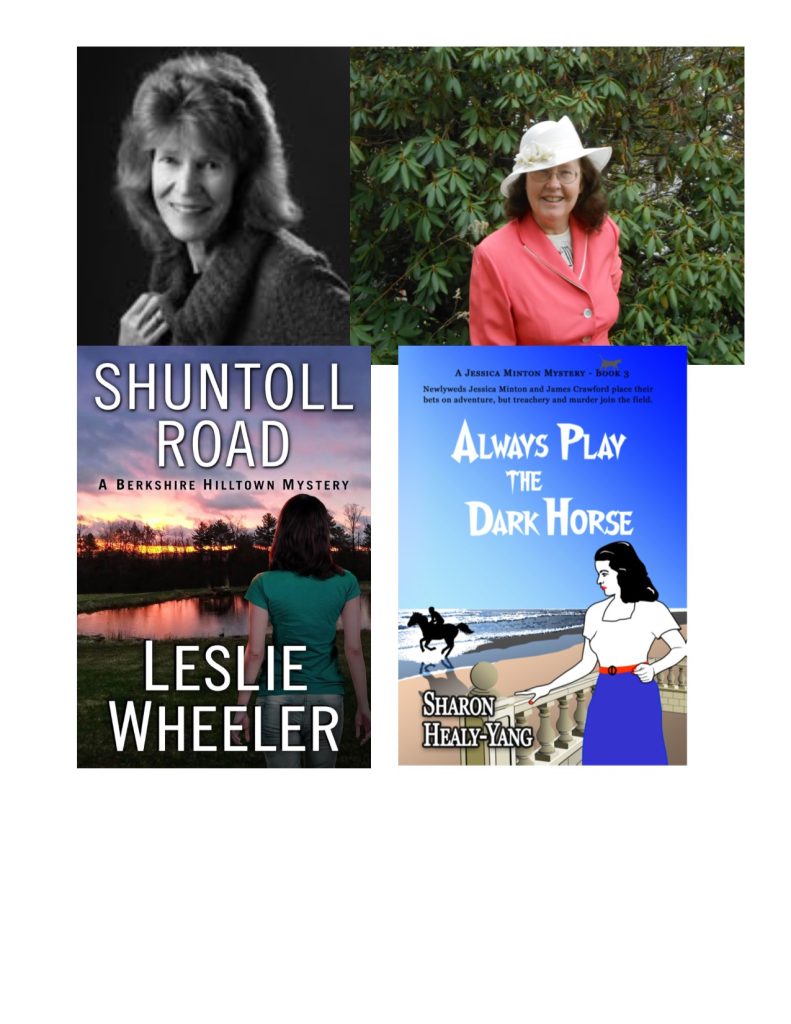 Join us for a double author event featuring Leslie Wheeler and Sharon Healy-Yang.
For more information, call 508-949-6232 or email deb@bookloversgourmet.com.
The event is free and signed copies of books will be available for purchase.
An award-winning author of books about American history and biographies, Leslie Wheeler launched her Berkshire Hilltown Mysteries with Rattlesnake Hill. With Shuntoll Hill, the latest in the series, Boston library curator Kathryn Stinson returns to the Berkshires, hoping to rebuild her romance with Earl Barker, but ends up battling a New York developer, determined to turn the property she’s been renting into an upscale development. Kathryn’s search for
answers leads her to other questions about the developer’s connection to a friend of hers who fled New York years ago for mysterious reasons. The information she uncovers puts her in grave danger.
Sharon Healy-Yang is an aficionado of 1940s cinematic and written mysteries. A professor emerita at Worcester State University in Massachusetts, where she was known for her 1940s
hats, she had the great fortune to share her love of literature and film with her students in her courses. Now retired, she’s excited to recapture for readers the smart-talking heroines, suspense, adventure, and sharp wit of 1940s films in her Jessica Minton Mystery series: Bait and Switch, Letter from a Dead Man, and Always Play the Dark Horse. Once again diving into the perspective of Jessica Minton, Always Play the Dark Horse shows a gradual but significant transformation in this main character; Healy-Yang describes the newly engaged Jessica Minton in the third book of the Jessica Minton Mystery series as someone who has transformed from the strong woman who felt she had to prove herself to the strong woman who is confident in having proved herself.
+ Google Calendar+ Add to iCalendar