Meet Diana Garlington, author of She Wasn’t the One

Meet Diana Garlington, author of She Wasn’t the One

***Space is limited due to COVID-19 restrictions. Masks are required. If you plan to attend any of our events, please let us know by emailing deb@bookloversgourmet.com or calling 508-949-6232. Signed copies may also be reserved for later pickup or shipping.*** 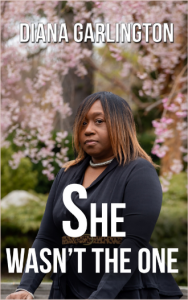 Diana Garlington tells her tragic story of losing a child to gun violence. Thanksgiving Day was filled with a lot of love, laughter and eating delicious food with the family. The following day, November 26th, 2011, would be the very opposite. This day would leave Diana’s family and friends heart broken and devastated.

Diana Garlington is an author and community activist. She stepped into her role as an activist when her daughter Essence was murdered at the age of 21. Her murderer was never brought to justice. Through her death, Diana has worked tirelessly to educate the public on gang violence and gun control. Every year, Diana hosts Lock Arms for Peace, a peace rally to bring awareness of unsolved murders in the City of Providence. In addition, Diana works to empower youth specifically girls to make good decisions. Her work through the Essence T. Christal Memorial Foundation allows her to mentor girls and honor her daughter, Essence.

Author Thea Fielding-Lowe with her children's book A Place For You. Come down until 3 p.m. today! ...