Tickets are just $15. Limited seating. Don’t wait!! Get yours HERE or stop in the store. 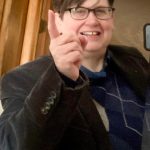 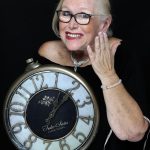 Patty Gould, affectionately known as FPG because of her challenged time management skills, has been performing stand up for the past 10 years. She can be found on any given weekend telling her glass half filled tales navigating life as FPG. She has shared stages with all of The Boston Comedy veterans and legends throughout New England and is always the hometown favorite. Her first bookstore appearance, she is very excited to be a part of this show. 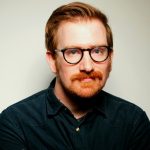 Nick Ortolani is the first guy to introduce himself at a party, and also the first to leave. His comedy combines a commanding stage presence with a literary sensibility to create something unique. Employing a borderline-moral outrage at the daily atrocities of modern life, big and small, Nick leaves no stone unturned. A tightly wound ball of neurosis and charisma, Nick’s stage presence betrays a very-real guy with a razor sharp wit and a heart of gold. His physical and verbal acrobatics have appeared in the Boston Comedy Festival (semi-finalist, 2017, 2018); The Women In Comedy Festival (2015, 2017, 2019); The Black Friday Comedy Marathon (2015); and the Rogue Island Comedy Festival (2017). He appears regularly at clubs around Boston, and has opened for national headliners. A regular at the Comedy Studio in Cambridge MA, Nick was selected as Comic In Residence for the club’s 20th anniversary. In addition to appearing on stage, Nick’s writing has been featured in The Hard Times, Funny Or Die, and on the Nerdist podcast network. He currently resides in Boston and is not as much of a cat person as you might think. 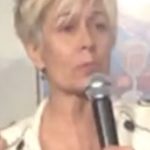 Laura Jean Fay is a writer and teacher who grew up in and around Boston.  After being laid off in 2020, she started doing stand-up last year in Central Mass. Since then she has performed at several venues in and around Worcester. Laura Jean moved to Webster in 2019  where she stayed to ride out the Covid-19 crisis. When asked what got her through the pandemic she replies “Black market haircuts and lots of Cherry Garcia”.

Hope you can join us this Saturday, June 25th at 10:30am! Click on link for details and to register: fb.me/e/1uIK9tzIU ... See MoreSee Less