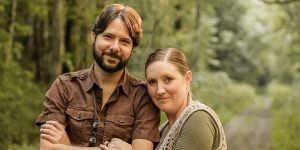 Join us for a live concert featuring local favorites Mark Mandeville & Raianne Richards with special opener Samuel Bowen!
For tickets go HERE. Seats are limited and will sell out!

Little by little, you will get to know Mark Mandeville & Raianne Richards through their unmistakable vocal harmonies, poetic lyrics and down-to-earth personae. They are a married musical couple based out of Webster, Massachusetts. These prolific and hard working Massachusetts-based artists have contributed over seventeen albums within their first decade and toured consistently throughout the US and Canada.

Accompanying themselves on guitar, harmonica, ukulele, penny whistle, electric bass, and most uniquely clarinet, their live performances are both musically captivating and spiritually uplifting as audiences are carefully balanced between serious songs and humorous commentary – concert goers will leave feeling a bit more human, as if they have experienced something genuine. 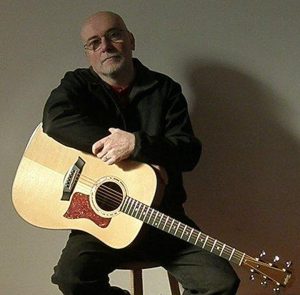 Samuel Bowen has been writing, performing, recording and touring for over three decades. He led the award nominated blues band Blue Cat Groove for seven years touring the north east. Sam has worked with Jethro Tull’s Martin Barre, Michael Sweet, Mitch Mcviker, Shawn Colvin, David Mallet, Tom Conlon, and many others. His albums have been nominated for awards from Nashville to Massachusetts inducing: “Speak To Me”, voted number eight in the top ten regional independent releases by Limelight magazine in 2016. His 2020 release “Bleeding Daylight” continues to gain positive reviews.